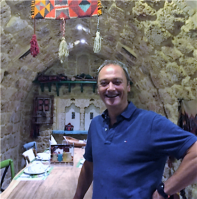 A chemist by training, Ian has been in the oil industry for 40 years, the first 38 of which were with BP and the remainder as an independent consultant.

Ian was sponsored by BP to do a degree in Applied Chemistry, and after graduating spent his first 2 years with BP in the downstream sector, blending different refinery streams to create lead-free gasoline blends.  The next few years saw him working on Surfactant EOR, developing systems for BP’s Forties field at a time when the oil price was a healthy $20 a barrel and looking to rise gradually for decades!  During this time he developed expertise in reservoir condition coreflooding and surface sciences.

The last 30 years has seen him focus on production chemistry and during this time he has developed a deep understanding of this and other fluids related disciplines, rising to the position of Production Chemistry Management Advisor for the BP group.

During his time at BP Ian worked in most areas of the Upstream Sector, including

He has worked on offshore and onshore fields and in most of the global oil and gas regions including Gulf of Mexico, North Sea, Colombia, Angola, Azerbaijan, Alaska, Abu Dhabi and Egypt.  More recently he has spent 16 months in Kuwait as a senior production chemistry consultant.

As a production chemist, Ian has worked on assessing and managing the threats from:

Establishing the optimum methods for controlling these threats has been a key feature, through correct design at the project phase, selecting and deploying the right chemicals or altering the production or injection conditions during operations.

Ian has been a member of the Society of Petroleum Engineers for over 25 years and is a fellow of the Royal Society of Chemistry.

Get Social With Us